A Few of Susan's Favorite History Books from 2018 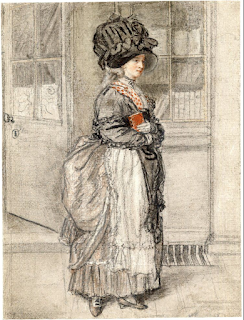 Earlier Loretta shared a few of her favorite nerdy-history books, and now it's my turn. Instead of research books, I'm going to recommend a few history-related books that I've read in the last year or so - perfect holiday gifts for all your fellow nerdy-history friends and family - or maybe just yourself.

Unintentional bonus: they're all written by women.

Treasures Afoot: Shoe Stories from the Georgian Era by Kimberly Alexander. Beautiful historical shoes captured in beautiful photographs would be reason enough to make this a must-buy for shoe-lovers. But Treasures Afoot also traces the often-fascinating stories behind shoes that were worn for special occasions like weddings or balls or by special people, and places them in a context of a changing culture of consumers, industrialization, and fashion.

Portrait of a Woman in Silk: Hidden Histories of the British Atlantic World by Zara Anishanslin. Beginning with a portrait of a woman in a silk dress, this book rapidly expands into the story of the portrait's painter, the sitter and her family, the weavers of the silk, and the woman who designed the pattern: complicated and fascinating relationships between consumers and suppliers, art and trade, that are as intricately woven together as the silk itself.

Patterns of Fashion 5: The Content, Cut, Construction & Context of Bodies, Stays, Hoops & Rumps c1595-1795 by Janet Arnold and Jenny Tiramani. All fans of historic dress rejoiced when this was finally released, and it's worth the wait. The fifth volume in Janet Arnold's legendary series of fashion history books, this book features photographs as well as patterns for recreating many of the pieces shown. Buying this book is a bit like getting Hamilton tickets, however. It's only available through the School of Historic Dress website, and because they're a small organization, only a certain number of books are available for order each day. Persevere: it's worth it. 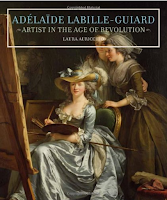 Adélaïde Labille-Guiard: Artist in the Age of Revolution by Laura Auricchio. Adélaïde Labille-Guiard (1749-1803) was one of the few women artists granted membership in the French Royal Academy of Painting and Sculpture, and the examples of her exquisite portraits in this book show why. But she was also important because she didn't flee France during the Revolution, but remained to help rebuild and reinvent the county and the role of women artists and art. A fascinating woman!

American Eden: David Hosak, Botany, and Medicine in the Garden of the Early Republic by Victoria Johnson. Unjustly overlooked now, Dr. David Hosak (1769-1835) was perhaps the most important physician of the early American republic, pioneering smallpox vaccinations, cancer treatments, and pharmacology. and creating an idyllic educational garden for the medicinal study of plants where Rockefeller Center now stands in New York. He was also excellent company, and friend to many of the most notable people of his time. Interesting fact: Dr. Hosack was the family physician to both Alexander Hamilton and Aaron Burr, and the attending doctor at their fateful duel.

Never Caught: The Washington's Relentless Pursuit of Their Runaway Slave, Ona Judge by Erica Dunbar. Enslaved by the most powerful man in the young United States, Ona Judge (c1773-1848) took the courageous step to run away from the Philadelphia household of George and Martha Washington. Unlike many in her situation, she succeeded in her self-emancipation - but her freedom was tested again and again as the Washingtons continued to pursue her until their deaths. A powerful, disturbing, and yet ultimately inspiring story of a once-forgotten woman.