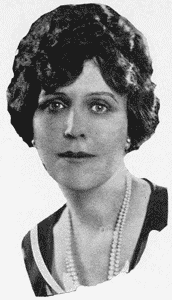 Loretta reports:
~~~
A PERFECT husband, who can find one? For his price is far above gold bonds. The grouch knoweth him not and his breakfast always pleaseth him. His mouth is filled with praises for his wife's cooking. He doth not expect chicken salad from left-over veal, neither the making of lobster patties from an ham-bone. His wife is known within the gates, when she sitteth among the officers of her Club, by the fit of her gowns and her imported hats. He luncheth meagrely upon a sandwich that he may adorn her with fine jewels. He grumbleth not at the bills. …BEHOLD, my Daughter, the Lord maketh a man—but the wife maketh an husband.For Man is but the raw material whereon a woman putteth the finishing touches.Yea, and whatsoever pattern of husband thou selectest, thou shalt find him like unto a shop-made garment, which must be trimmed over and cut down, and ironed out, and built up to fit the matrimonial situation.Verily, the best of husbands hath many raw edges, and many unnecessary pleats in his temper, and many wrinkles in his disposition, which must be removed.~~~
This is a tiny sampling from The Sayings of Mrs. Solomon: Being the Confessions of the Seven Hundredth Wife as Revealed to Helen Rowland (1876-1950).  Published in 1913, it’s online at Google Books or you can buy it at Amazon.

I discovered Helen Rowland in the newspaper (fittingly, since she was a journalist) via a Quote for the Day amusing enough to make me to look her up.  Online one finds precious little.  In addition to the very stubby stub in Wikipedia, there’s a brief (early) bio in a 1914 Woman's Who's Who of America.  A 1928 New York Evening Journal booklet described her thusly: 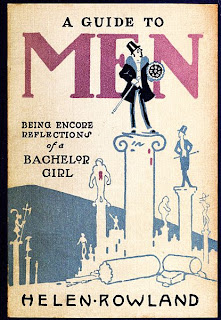 HELEN ROWLAND, Author “Meditations of a Wife”  Often referred to as America’s “Bernard Shaw,” and as America’s wittiest woman. Satire sparkles through her writings. Her observations on the foibles of men and women, the joys and sorrows of love and marriage, and the relief or the lack of it in divorce are always brilliant and entertaining, yet always “said with a smile.” Helen, like George Cohan, says: “I always leave ’em laughing when I say good-bye.”
Maybe the best way to get to know the eminently quotable Ms. Rowland is to read her—online at Project Gutenberg  or Google Books or buy your own copy (you can even get some of titles as ebooks).

And could someone please expand that Wikipedia stub?
LorettaChase at 11:45 PM